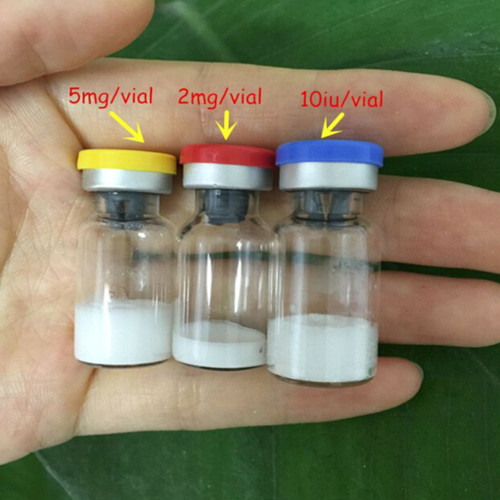 AOD-9604 (Advanced Obesity Drug) also known as Lipotropin is a drug used in obesity treatment. It is a peptide derived from amino acids 176-191 of the GH polypeptide, which enhances fat reducing effects. One of the advantages of this drug is the absence of adverse effects on blood sugar and insulin resistance. AOD-9604 has shown potential effects to repair cartilage and muscle, and it is often used in the treatment of osteoarthritis.

Individuals who need to maintain a certain height or those with obesity problems use AOD-9604. Most people use it to build muscle mass. AOD-9604 works by mimicking the function of human growth hormone in the regulation of burning fat metabolism. At the same time, it increases the activity of beta-3 receptors, which are relevant to overall metabolism. It is also known for its properties in the lipolysis stimulation, resulting in fat destruction.

AOD-9604 is considered safe and people who have used have not suffered from any side effects. However, its efficacy has not been as good in daily use as on laboratory tests. In fact, some studies have shown that AOD-9604 does not cause changes in body composition.

The consumption of this drug has not presented any problem related to immunogenicity, which means that it is well-tolerated by the human organism. There have been no cases of allergy or bad tolerance. If a patient has to take AOD-9604 for a long-term, it is advisable to be aware of its side effects.

Due to its ability to stimulate lipolysis, some people are using AOD-9604 as a food supplement. The FDA has legally approved it, allowing its use as a food additive in the US; the approved use is at a level of up to 1 mg per day.

AOD-9604 is prescribed for people attempting to lose weight, it’s injected the dosage of 300 mcg/day given at bedtime.